Fleet is a web-based image management tool for organisations who ship a large list of Docker images.

Fleet stores a snapshot of Docker Images in its own database, consisting of metadata deemed most pertinent to both the users of the images, and the repository owner. It will synchronize with Docker Hub over a set interval in order to update its stored data.

It then displays this snapshot data on its own status page as a useful list, containing links to each repository and image owned by the repository owner. Each image also contains a status which is managed by the repository owner, who can define images as either Stable or Unstable. This is designed to quickly help users know when an image is undergoing a state of instability which is known by the owner.

In short, Docker Hub's API is very slow. It would not be a good long-term solution to just proxy the responses from Docker Hub and translate the data into something considered useful by downstream clients. By caching the image information in its own database, Fleet is able to more efficiently return the status data for each image and repository. In doing so, it is also able to provide more concise data, such as image versions, as part of the primary response, rather than requiring users to make a separate call.

As an example comparison between obtaining all image name, pull and version information for all LinuxServer images from Docker Hub, and then obtaining that same data via Fleet's API:

Fleet has the ability to display images with a particular state, which provides contextual information to visitors of the application's main page.

If an image is hidden, it will not be displayed as part of the main list, nor will it be returned as part of any API calls. This also means that the pull count of a hidden image is not included.

Marks an image as having issues known by the maintainer. A useful state to assign to an image if the latest build (or builds) are causing downstream breakages. This may also be useful if an upstream dependency or application is causing breakages in the image directly.

If the maintainer of the image, or upstream application no longer wishes to provide support, or if the image has reached its end-of-life (or has been superseded by another), marking an image as deprecated will ensure users are made aware that no further updates will be supplied, and should stop using it. Deprecation notices are also provided to give context.

get
Get All Repositories and Images

Any repositories not synchronized with Docker Hub (e.g. staging or metadata repositories) will not be returned as part of the API. This also applies to images which the repository owner does not wish to be part of the primary image list.

Fleet is a Java application and requires at least JRE 11.

Fleet stores its data in a MariaDB database which you need to provide. In order for the application to manage its tables and procedures, the user you provide it needs to have the relevant GRANT permissions to the fleet database. The following script should be sufficient to get the initial database set up.

The username and password that you define must then be provided as part of Fleet's configuration.

If you place a property in the system environment, ensure that the property uses underscores rather than periods. This is due to a limitation in BASH environments where exported variables must not contain this character. E.g. fleet.app.port=8080 becomes export fleet_app_port=8080

As well as the base configuration file, Fleet also supports some runtime arguments by means of the -D flag. These can be used to direct Fleet to behave in a specific way at runtime.

Unlike the properties defined above, these properties are only accessed via the JVM arguments (-D).

When starting Fleet for the first time it will create a default user in order for you to log in and manage the repositories/images synchronised by the application. The default username and password are:

You should change the default password for this user as soon as possible! This can be done via the Admin -> Users menu options. 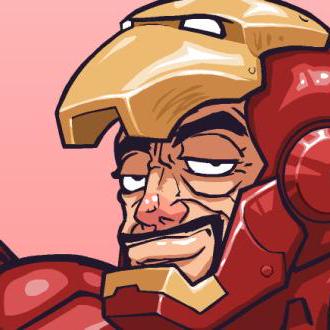